Here is an update on the gluten-free bread described below:  I have had people with nut allergies wanting to make this bread which has almond flour originally.  It works very well to substitute tigernut flour for the almond flour.  Tigernut is a tuber, not a nut and it can be found online when looking for gluten-free flours–a good brand is Organic Gemini.  Also, if you have egg whites you want to use, blend 2 with the water used in this recipe and reduce the volume of water accordingly.  It will increase the protein content of the bread (tigernuts are lower in protein than almonds) and allows it to brown nicely.

Watch Dr. Eric Berg’s video below for a great recipe for gluten-free bread.  I like it because of the taste/texture but also because it is a lot lower in carbs and higher in fiber than most GF breads–plus it doesn’t have any objectionable starches in it like potato starch.  I have used it for rolls or as pizza dough. My latest version of pizza had a crust made with this dough which I pressed out into an oiled pizza pan (you can sprinkle sesame seeds in the bottom of the pan first–I usually do) and baked at 350 degrees F until crusty–with no toppings.  After it cooled but was still warm, I spread a couple tablespoons of the basil oil on it, followed by avocado slices and olives.  Ready to serve and super easy.   You could add some tomato slices too for a more traditional pizza.  What a treat!

Also, I have at times altered the recipe by adding 2 Tbsp. ground flax seed.  You may need to add a little more water (1-4 Tbsp.) to the dough if you add ground flax seed in order to achieve the soft but not-sticky texture shown in the video.

It’s best to use the light-colored almond flour which is made from blanched almonds.

Also, you can refrigerate the dough for a few days; I do this so I can make a fresh pizza or rolls very quickly during the week.

2 Tbsp. ground chia seeds (I use the blender to grind them)

Follow the directions given in the video for how to mix the ingredients. 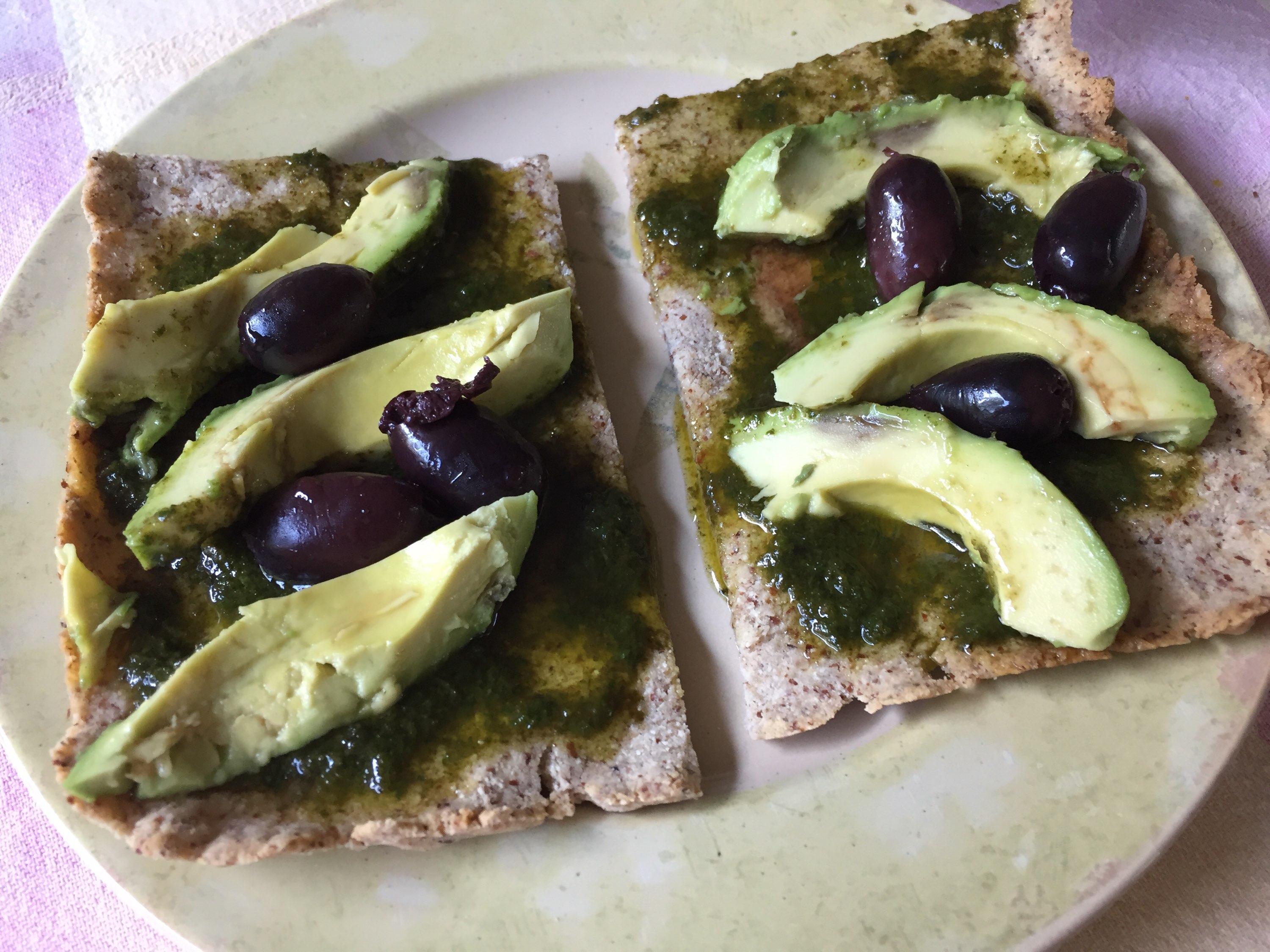 Here is an update on the gluten-free bread described below:  I have had people with nut allergies wanting to make this bread which has almond flour originally.  It works very well to substitute … END_OF_DOCUMENT_TOKEN_TO_BE_REPLACED

Children suffer injuries that lead to misalignments just as adults do. Children generally respond very well and quickly to gentle chiropractic adjustments. A case in point is that of a 5 year-old … END_OF_DOCUMENT_TOKEN_TO_BE_REPLACED